The band are fortunate enough to have sponsorship of the A. W. Parker Coal Merchants, who started supporting the band in 2004. 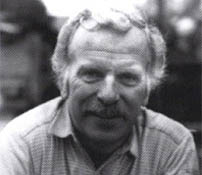 This progressive Coal Merchants was established in 1920 by Ralph Parker who transported miners to the local colliery in the morning, delivered coal during the day and took the miners home at the end of their shift. Today the business is owned by Graham Parker who took over from his uncle (A. W. Parker) in 1980 and started the transformation from a small one man business to one of the largest independent family coal merchants in the West Country.

After attending several British Coal Instruction Courses at the Coal Research Establishment in Cheltenham, Graham was awarded the 'Approved Coal Merchants Scheme' Diploma, the highest accolade for a coal merchant. As well as the normal bagged rounds and ordered coal, prepacked coal for petrol stations and shops, filled on an automatic bagging weighing and sealing machine, has become a major part of the business. Calor Gas, Kindling, Wood logs and Barbeque fuel are also a growing sideline. 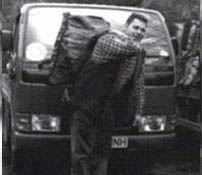 The 4th generation of the Parker family, Graham's daughter Melanie now manages the busy order office, with his niece Sarah assisting with the heavy workload. Between them they ensure the company's nine delivery vehicles promptly deliver 100% British housecoal and Smokeless fuel to Gloucestershire, Monmouthshire and Herefordshire. This has recently been made more efficient with the introduction of computerised loading.

Previous winter advertising, with a fictitious whistling coalman called Ted, has proved popular on local radio station Severn Sound. Wishing to further its roots within the community and widen its advertising, A. W. Parker has been sponsoring Drybrook Band since 2004.

You can contact A. W. Parker Coal Merchants by telephone on 0800 023 8204 or visit www.awparkercoalmerchants.co.uk for more details.

The Drybrook & District Silver Band is a Registered Charity (No. 1154033) and performs under the name of the 'A. W. Parker (Drybrook) Band' in recognition of our long-standing sponsorship deal.